Why you should embrace the New Payment Platform

23 Oct Why you should embrace the New Payment Platform

Posted at 03:09h in Insurance by AMAInsurance
0 Likes

Despite some attention-grabbing ads featuring a man sporting the head of a goldfish, the launch of the New Payment Platform (NPP) earlier this year failed to attract much attention. That’s regrettable given it is a game-changing innovation on par with the introduction of mass-market credit cards (1974), EFTPOS (1983) and BPAY (1997).

The NPP was developed after the RBA published a 2012 review arguing it was high time Australia’s financial system was dragged into the 21st century. Six years later, a fast, user-friendly and ‘data-rich’ platform for making and receiving payments has finally gone live.

Thirteen of Australia’s financial institutions, including the Big Four banks, began offering their customers access to the NPP as soon as it launched in mid-February. The remainder of the nation’s banks and credit unions will likely have got with the program by the end of the year (or arranged to piggyback on another financial institution’s NPP infrastructure).

The NPP also means the end of business owners puzzling over why a deposit has not shown up on their account or a withdrawal made. It allows for much more data about payments to be provided instantaneously. The days of logging onto your business account to find thousands of dollars not added to or removed from it with a ‘Transaction details available next business day’ message are drawing to a close.

How PayID will change transactions

Arguably, the killer application – the one the goldfish-head ads were trying to convey – is that rather than needing to remember their account number and BSB, those using the NPP will have a PayID. This can be something simple to recall such as an ABN, phone number or an email address. Even someone with the memory of a goldfish can remember that, which removes a lot of the friction from transactions.

If you want to understand why this matters in the real world, consider the classic scenario of a group of diners wanting to split a restaurant bill. Rather than potentially losing customers by forbidding the practice, or tying up staff running multiple cards through an EFTPOS machine, the restaurateur can just put his PayID on the bill. Diners can then whip out their mobile phones and pay their share of the bill with a minimum of fuss (alternatively, one diner can pay the bill then be instantly reimbursed by their companions).

Neither business owners nor consumers have thus far shown much interest in the NPP. No figures are yet available, but it appears we are some way off a critical mass of consumers registering for PayIDs. Nonetheless, the evidence from countries that have already introduced NPP-like technology suggests that Australians will eventually embrace the new system.

That will accelerate trends such as the transition to a cashless economy. The video below explains more fully, the high-tech NPP will also facilitate a myriad of ‘overlay services’. For example, there could be an NPP overlay service for second-hand car sales. The buyer could transfer money into the seller’s account. This could then automatically trigger the transfer of the vehicle’s registration and ownership to its new owner.

While opportunistic criminals will no doubt try to take advantage of the NPP, especially while people are unfamiliar with it, the risks to consumers and businesses seem minimal. PayID has been designed to minimise both honest mistakes and scams. For example, before a payment is made, there’s a ‘payee confirmation step’ where the name of the person or organisation being paid is displayed. And while you can use someone’s PayID to send money to their account, you can’t withdraw money from that account.

Of course, real-time payments mean banks no longer have several days to identify and stop dodgy transactions. This has proven to be an issue in countries such as the UK. However, just as BPAY has proven to be reasonably safe for the last two decades, it seems its NPP iteration, which is called Osko, will have fraud-foiling safeguards.

The CEO of NPP Australia has pointed out Australia has one of the world’s lowest rates of fraud. He’s also said that “the NPP will also incorporate new functionality designed to reduce the risk of misdirected or fraudulent payments”.

That’s just as well because insurers have long been hesitant about covering payment systems and don’t appear likely to launch any policies covering the NPP anytime soon. “Even with long-established payment systems, most insurance policies offer very limited and qualified cover, if they offer cover at all” notes Ama Insurance Broker Support Manager John Clark. “It’s conceivable future policies will provide cover for businesses who run into NPP issues. But such policies won’t come on the market, if they ever do, until the NPP has been in widespread use for a couple of years.”

If you’d like to discuss whether your insurance is appropriate for a fast-moving business environment, a AMA Insurance broker would be happy to speak with you. 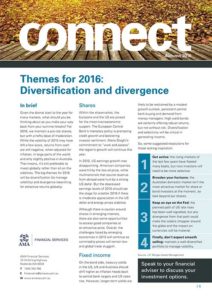 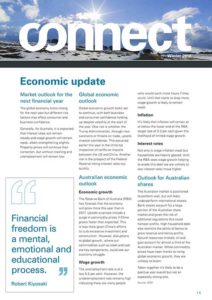 General Advice Warning: General advice on this website has been prepared without taking into account your objectives, financial situation or needs. Before acting on the advice, consider its appropriateness. Consider our disclosure documents, which include our FSG and Product Disclosure Statements (PDS) for some products.